Digital audio advertising is an advertising format that can take the form of a 15-second, 30-second or, in rarer cases, 1-minute spot. These ads are intended to be displayed on 3 types of online media: web radios, podcasts, and streaming applications. Why has digital audio become so popular with advertisers and media agencies in just a matter of months? How can we optimise its use? Let's explore all its features. 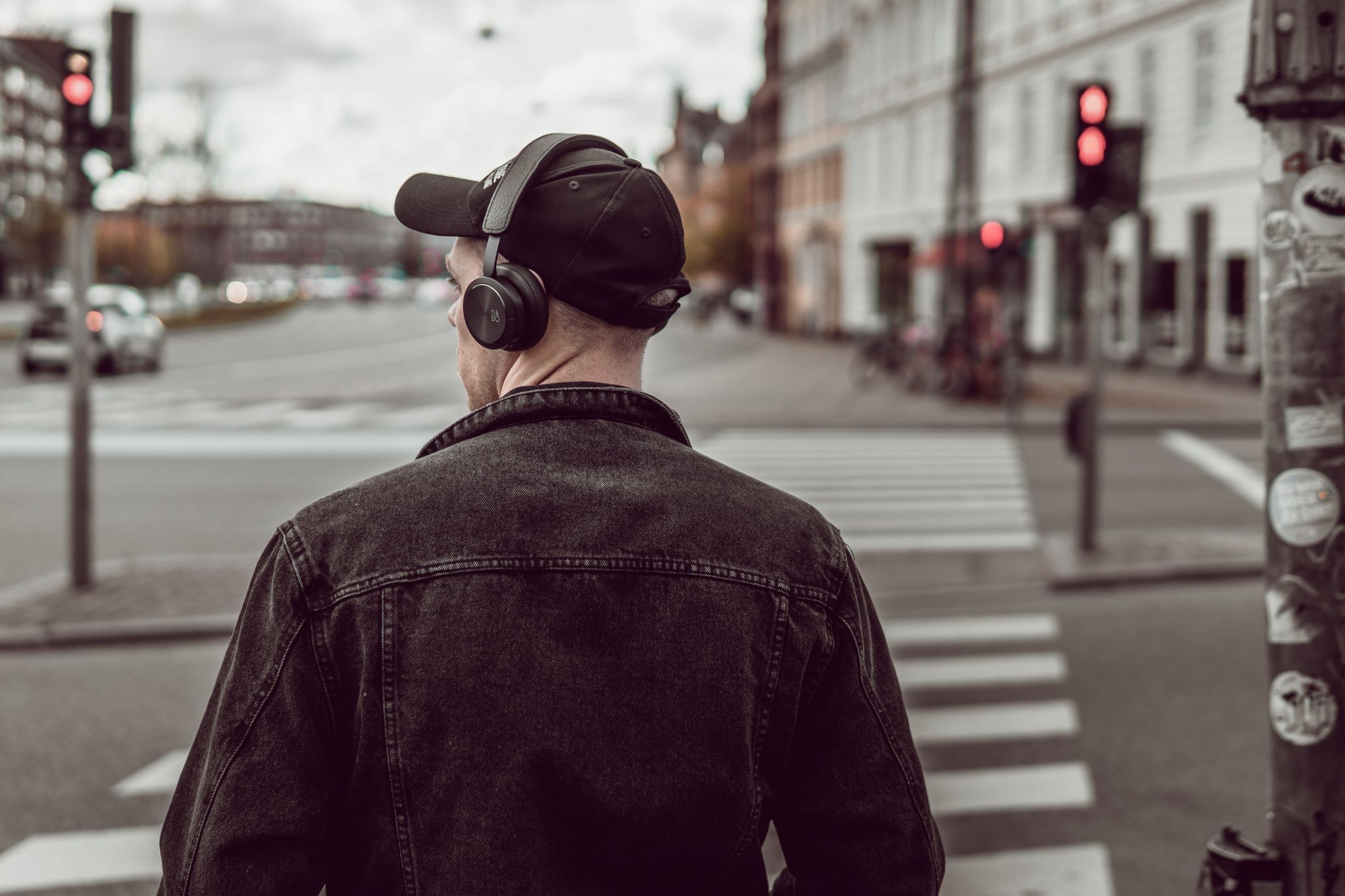 Between display and video, it is difficult to find a way through a digital ecosystem that is already saturated with advertising messages. In recent years, particularly with the rise of music streaming platforms, digital audio has emerged as a remedy to a distinct loss of attention.

Our relationship with brands has become asphyxiating. An Internet user encounters an average of up to 1,200 advertising messages per day. The human brain now instantly blocks any marketing format that is too flat and does not have enough of a hook to make it memorable. The digital audio format therefore offers a new opportunity to advertisers.

In just two years, investment in digital audio has jumped by 58%, approaching the symbolic €50m mark in France alone. In the rest of the world, this figure is close to 30 billion dollars. Once popular with car drivers (88%), audio advertising is now reaching a much wider audience, with 36 million unique listeners eligible for this type of advertising.

But who are the digital audio addicts?

For once, the audience concerned by audio advertising is essentially sedentary... but unlike traditional radio listeners, they tend to travel on foot or by public transport (in fact, most listening is done on mobiles).

Among audio addicts, there are 6 user segments, 3 of which are online:

Even if the under-35s constitute a majority of the listener profiles (37%), the audio format is nonetheless inclusive. The 35-49 age group accounts for 26% of listening and the 50-64 age group for 21%.

Digital audio has the advantage of being an extremely malleable, multi-device universe, rich in inventories, punctuated by as many formats, themes and possibilities!

What are the different forms of audio advertising?

Regardless of their length, audio ads are broadcast in the form of a spot, at the beginning (pre-roll), in the middle (mid-roll) or at the end of an audio content (post-roll). There are three types of format (see all):

All these formats allow advertisers to stand out from the crowd! And to achieve this, techniques abound: sponsored episode (e.g. Vulgaire,30s of advertising introduced by the author of the podcast), episode co-branding (e.g. theme around the advertiser), companion-ads (e.g. display at the end of the spot, with clickable banner to the merchant site), one could say that the war for attention has well and truly returned to audio!

What are the opportunities for advertisers?

As audio content is mainly listened to on mobile phones, it is easy to imagine the listening possibilities: headphones, earphones... the relationship with this format will therefore be more intimate, personal & engaging!

It sets the pace for the daily lives of those who listen to it, well beyond their physical activity. Among the most frequent listening moments are during: housework (64%), cooking (54%), time spent in the bathroom (41%) and sport (37%). The explanation is simple: its use allows total freedom of movement, typical of multitasking!

One might think that multi-tasking makes this medium"fickle", yet it has an above-average memory potential. Listening directly to the phone forms a kind of personal bubble, which generates sustained attention.

Another factor of efficiency: as the hosts have premium offers, the users connected for free will not be able to skip passed the ad, and are therefore forced to consume it in its entirety, and this still represents 93.3% of the listening rate.

In terms of targeting, digital audio is no exception. Thanks to the diversity of its programmes, this format is equally capable of attracting a millennial audience, via the music stream and native podcasts, and an older audience via live and replay radio. There are many themes and four particularly effective ones can be highlighted:

Advertisers can then easily carry out thematic targeting,by centres of interest, to contextualise their message and reinforce an omnichannel strategy.

Programmatic audio is quickly becoming more popular with advertisers and allows them to diversify their media mix while reaching new audiences. It offers strong branding opportunities and is now open to location targeting.
DeepReach allows agencies and advertisers to add this medium to all their local and multi-local strategies.

What about local targeting?

Thanks to the GPS positions available on the various online devices, it is possible to determine a precise broadcasting area (radius, postal address, catchment area), and therefore to broadcast a localised message.

With companion ads, it is also possible to go further in the delivery of a personalised message, by integrating localised information (e.g.shop address, drive to web). This innovation marks the beginnings of DCO on audio (dynamic creative optimisation), which consists of optimising advertisements in real time according to contextual factors, such as location, demographics or the time of broadcast.

Today, the possibilities of optimisation are gradually developing, to the point where we can expect interactive audio spots in a few months. One thing is certain, this format has definitely not had its last laugh, and could well make us all audio gaga ;).

The technical challenge we overcame was to make digital audio as simple as other media on the DeepReach platform.
So for our users, it's as easy as launch a local Google campaign.

Do you want to give your local advertising a new dimension? 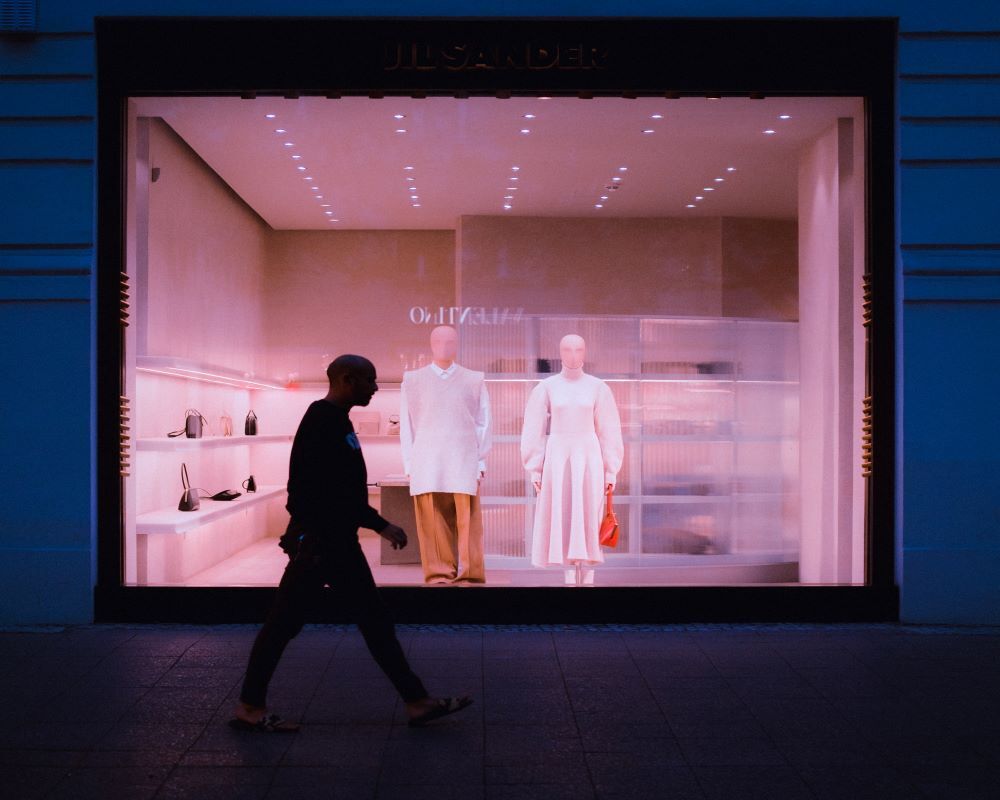 Digital has changed the way brands communicate, allowing a more personalised approach to advertising and media planning. But for several years now, the notion of campaign geography has become a central element in advertisers' strategies, driven by consumer aspirations. Local digital communication is becoming a fundamental focus for boosting awareness and driving point-of-sale traffic. How can network and franchise brands communicate effectively using multi-local marketing? DeepReach deciphers the subject. 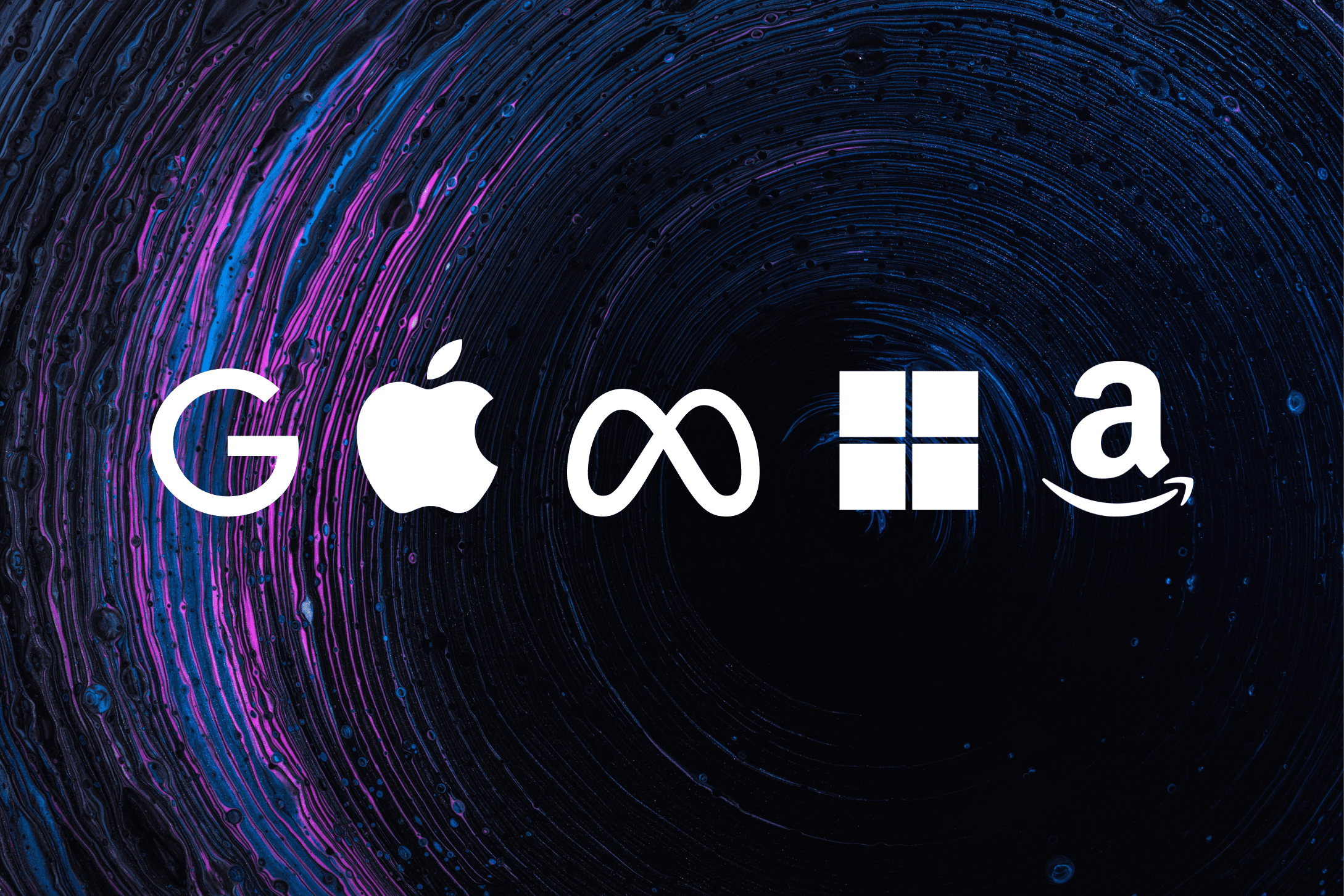 App Economy Insights publish the FY22 reports of many actors but what about of the big five ? What are their own sources of income? The giants of tech are very differents, discover why & how with graphs.

With expected revenues of €25M and an adtech that is acclaimed by major agencies (Publicis, Heroiks, WPP, Additi) for digital communication of retail advertisers, DeepReach has become one of the key players in the french adtech ecosystem in just 3 years.

DeepReach, the local adtech, accelerates its growth and launches DeepReach Catalog, its marketplace for local agencies and media companies. 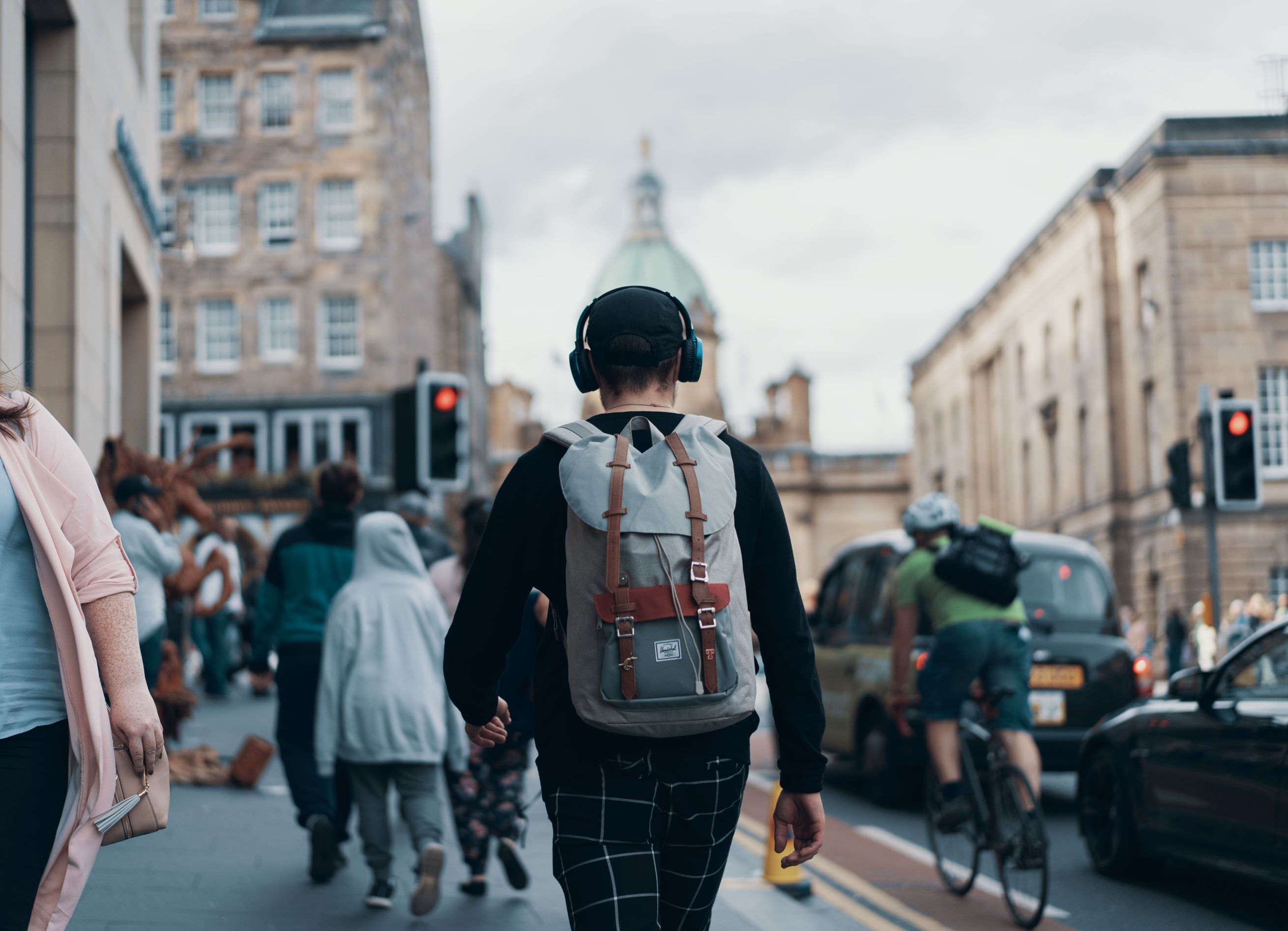 Web-to-store: the complete guide to developing your strategy

The emergence of e-commerce has raised many questions, not least about the future of traditional local shops. But contrary to all expectations, online and in-store shopping have proven to be complementary and have given rise to a new type of customer behaviour: web-to-store. What does this mean? What are the advantages? How can you take advantage of it? DeepReach provides a comprehensive guide to developing a web-to-store strategy. 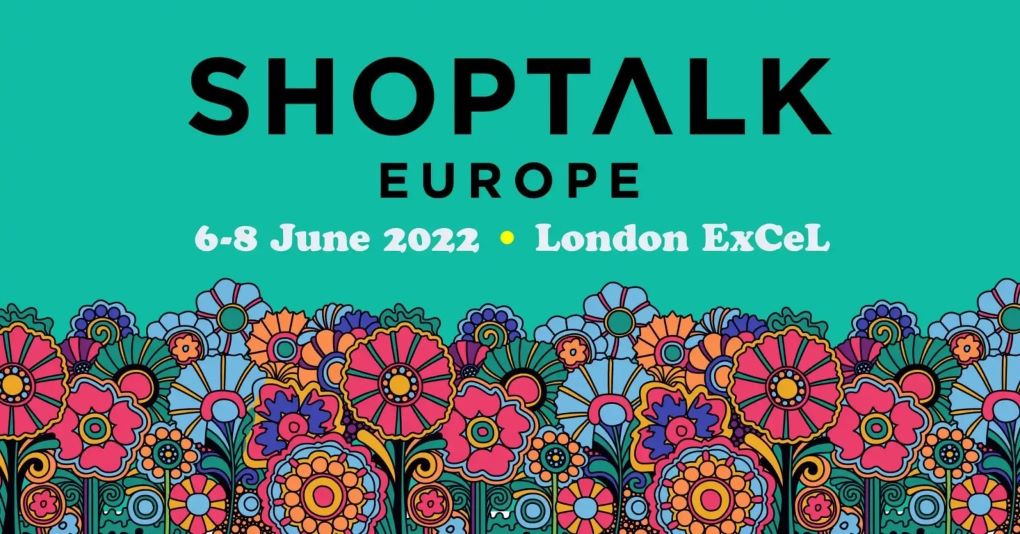 Shoptalk Europe 2022: a look back at the year’s leading retail event

This year, the star retail show in the US announced its expansion into Europe with the launch of Shoptalk Europe. For three days, hundreds of professionals gathered in London to discover new tools and strategies to redefine the world of retail. Here are some of the trends DeepReach has unearthed so far. 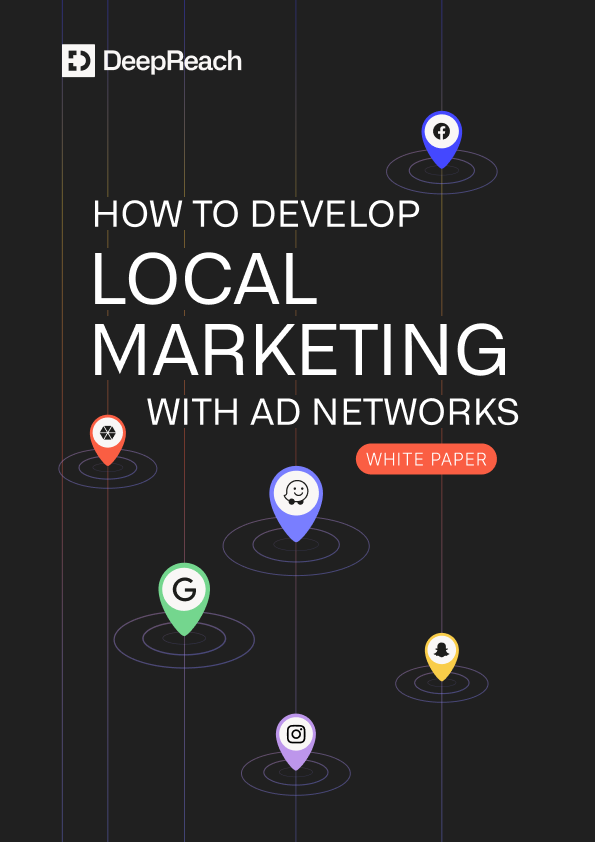 How to develop local marketing with ad networks

Thank you! Your submission has been received!
Oops! Something went wrong while submitting the form.